Orange Communications decided to create a third call-centre in Bienne, Switzerland, linked to the development of fibre optics and 3G telephone networks.

The selected building was the former factory of Biella, maker of the renowned Swiss binders. It has a structure of solid concrete which permitted it to be raised.

The architectural approach was to expose the existing concrete structure and to add a steel structure with perforated metal, sun-shading and a ventilated façade which would house the technical rooms.

The building is composed of an administrative section and a call-centre; the volumes are treated differently to reflect their functions. The central core topped by stretched canvas contains the primary meeting spaces. The building is a nod towards technological evolution of time, moving away from paper-based work towards new forms of communication.

The technical elements are highlighted, the vertical shafts cladded with the same material inside out. A system of industrial cooling beams was used for the ventilation and the first systems of optical fibre were used for the interior lighting.

The existing loading dock was transformed into a new volume for the reception area.

The rehabilitation of this building was the start of an evolving disused neighbourhood of Bienne’s city. The resulting improvements to the local streets and paths created a new neighbourhood. 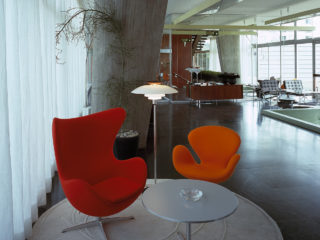 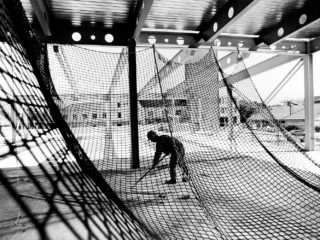